TOPIC: History and the Current State of Ramen

Among the Japanese noodles, ramen noodles are the most popular in Japan.
For some time udon and ramen were neck and neck in terms of consumption, but ramen has edged ahead in recent years. 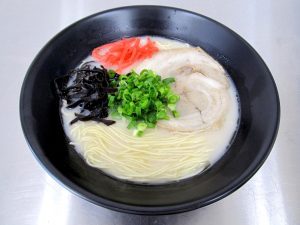 “Fresh noodles” means noodles that are sold as cooked, frozen or processed noodles in supermarkets and convenience stores, and also those that people eat daily in noodle shops and restaurants. 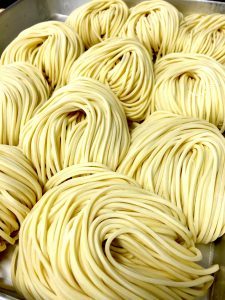 In Japan, people started eating ramen in the early Meiji period, so Japanese ramen has only a century or so of history.
Ramen also has another name, Chuka-soba, in Japan. Though some people say that ramen and Chuka-soba are different types of noodles, they are actually the same.
Regarding the soup for Chuka-soba, chicken- based soup with a light flavor and clear color is generally used. 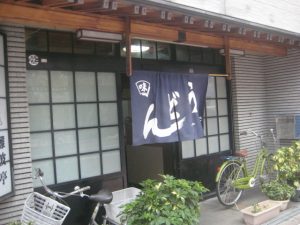 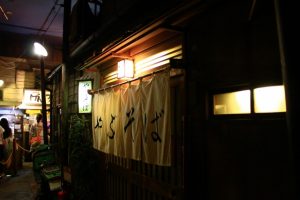 In the old days, every noodle shop had a special shop curtain (called a noren) with the shop’s symbol or name printed on it.
Noren are hung outside when the shop is opened and taken down when the shop is closed.
However, many ramen shops no longer continue this tradition, but most udon and Sobasoba shops still do.

Basically, ramen noodles have a harder texture with a yellowish color, and are generally thinner than udon noodles.
In Japan, ramen noodles must contain kansui (alkaline additives) to use the name “ramen.”
Kansui hardens the noodles’ texture, and also makes the color yellowish in a chemical reaction.
In addition, food coloring agents can be used if you want to keep the noodle color yellow after boiling.

Ramen was originally introduced from China.
It used to be made with kanseki , which is a natural resource obtained from Mongolia.
Kanseki is an alkaline solid, so noodles made with it had a harder and springy texture.
However, it is not easy to procure kanseki in Japan, so a mixture of potassium carbonate and sodium carbonate started to be used as a substitute, and this mixture has since become a standard ingredient for making ramen noodles today.

In China, Lan Zhou La Mian is popular as a hand-pulled noodle.
Even in Japan, There are this kind of ramen shops for a long time.
These noodles are made by gently kneading a dough and pulling it to about one’s arm length, then folding it to make a loop.
Next, the loop is again pulled to an arm’s length and folded once more.
This process is repeated several times until the noodles each the desired size.
You might have seen this interesting noodle-making process once, because it is very popular and famous for its artistic and artisanal technique.

Regardless of their short history, ramen emerged as Japan’s most popular noodles, overtaking consumption of udon and soba.
Not only that, but the invention of instant noodles boosted ramen’s popularity and consumption. 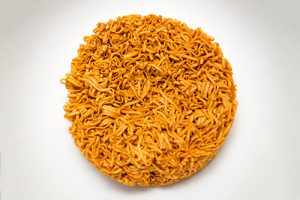 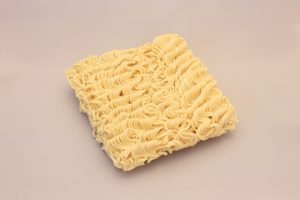 By the way, instant noodles were originally invented in Japan, and are now sold worldwide.
They have been widely accepted and have entered people’s daily diet, with global sales reaching over 100 billion units in 2015.
Regarding current production of instant noodles, Japan ranks as No. 3 behind China and Indonesia, and ahead of Vietnam, India, the USA and Korea.
However, Korea rises to the top position when it comes to consumption per person.

When you watch Korean TV dramas, you will notice that the cast are often eating instant noodles.
In fact, ramen attracts people around the world in various ways, so it has grown to be the most popular noodle not only in Japan, but also globally. 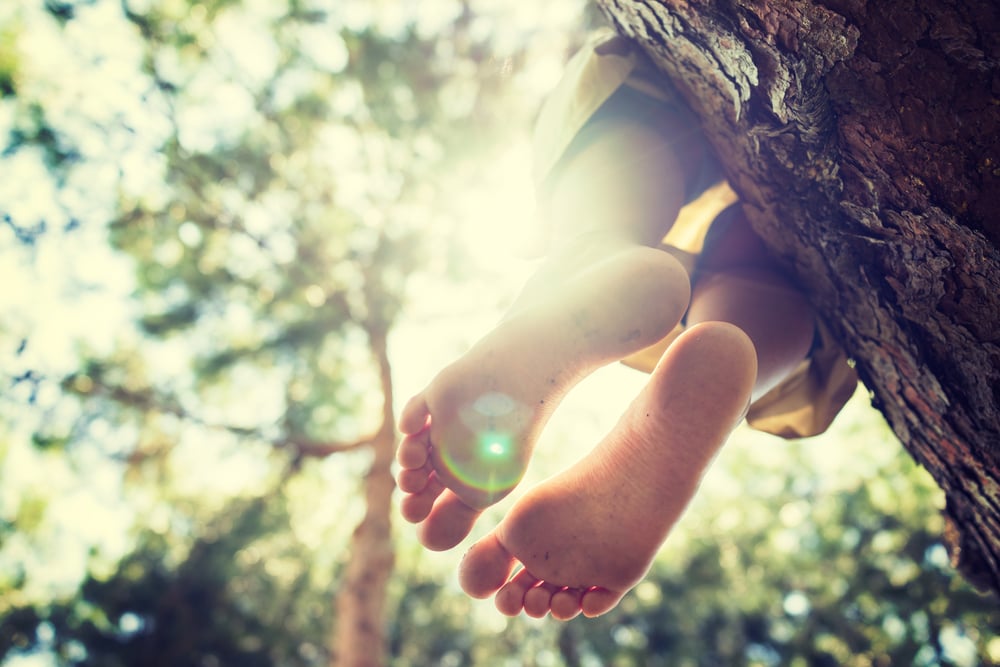 Our office and factory closed: April 29th to May 8th 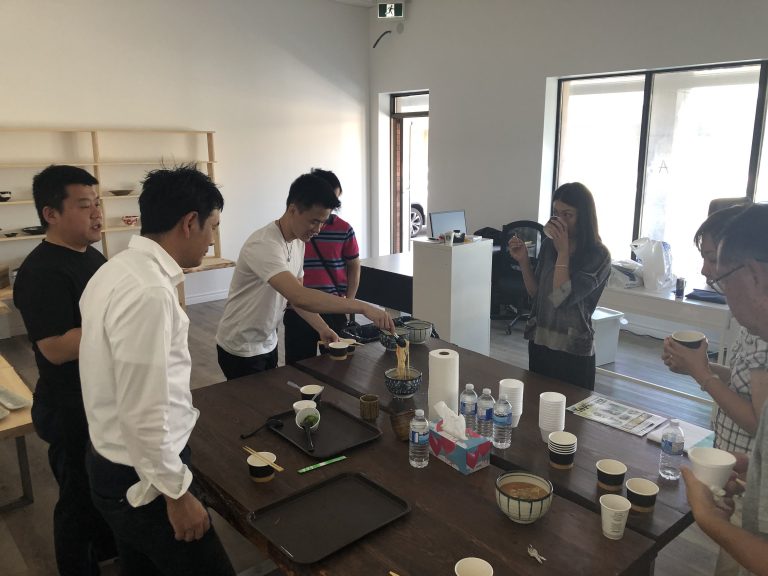 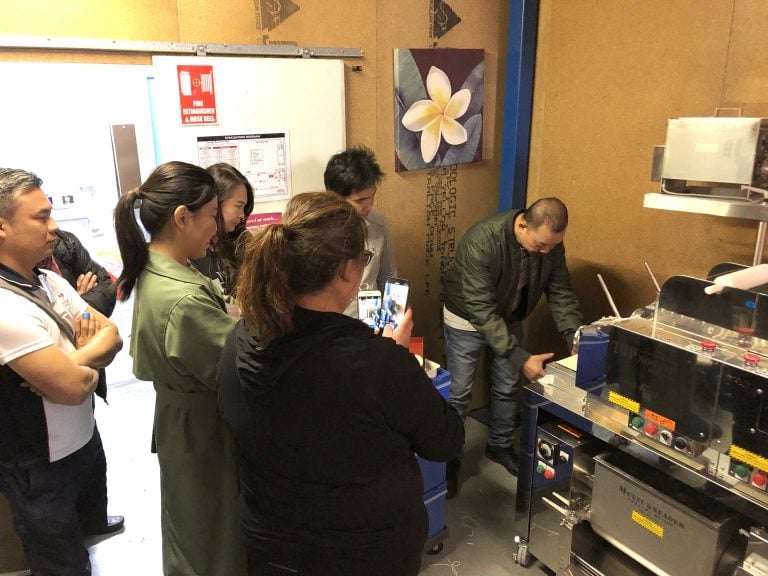 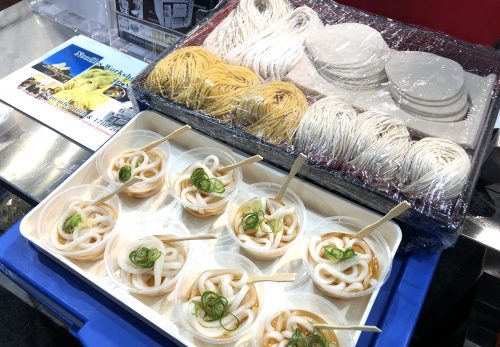 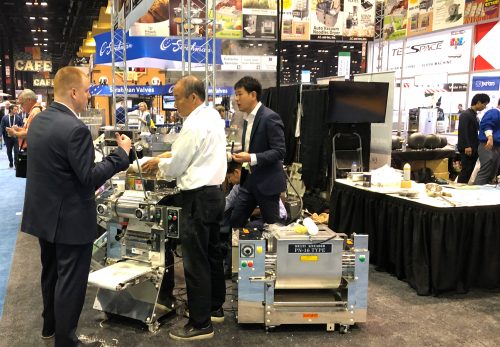 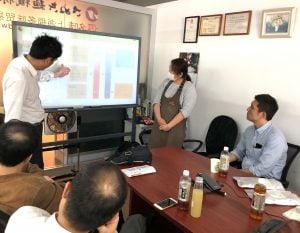